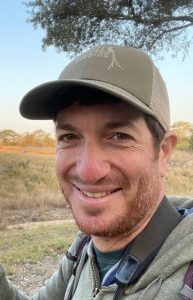 Program: Wildlife Wonders of the Pantanal, by Josh Engel.  Brazil’s Pantanal is home to both an enormous diversity of birds and one of the densest concentrations of large mammals anywhere in the Americas. Although it is often referred to as the world’s largest wetland, it is in reality a vast mosaic of wetlands, grassland, and lush forest. It is particularly famous for its large population of jaguars and its role in the conservation of Hyacinth Macaws, two of its iconic animals. As he gears up to lead his second tour to the region (starting this weekend!), Red Hill Birding’s Josh Engel will talk about the birds, animals, and travel experience in the incredible Pantanal as well touching on nearby habitats, like the dry forests of the cerrado and lush rainforests of the Atlantic Forest.

Josh is the founder of Red Hill Birding, a Chicago-based birding and wildlife tour company. He grew up birding in the suburbs of Chicago and knew from a young age that birding and travel would factor heavily in his future. After spending a semester studying abroad in Ecuador as an undergrad, he made it his goal to get back there after graduation. He soon found a job guiding in Ecuador for a large international birding tour company, before moving to South Africa where he spent nearly four years as a full time guide, leading trips throughout Southern Africa, Madagascar, South America, and beyond. He has led trips on four continents and conducted bird research around the world. Prior to starting Red Hill Birding, Josh was an ornithologist at The Field Museum in Chicago. He lives in Evanston with his wife and daughter, where he leads many trips locally around the Chicago area and continues to spend several months a year leading tours farther afield. 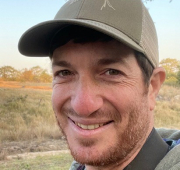