Program: Rare Birds & Rare Bird Chasing in CA , 1960s to 2010, by Paul Lehman.  Come join us to hear some great stories from Paul on the rarities that show up in our state.

Paul has traveled extensively throughout virtually every nook and cranny on the continent, and has written many articles and papers on North American bird distribution and identification. Paul grew up in the suburbs of New York City, where he started birding at the age of nine. He then moved to California, where he lived for 20 years before moving back to the east coast in 1994 to Cape May, New Jersey, where he resided until returning to southern California in 2008. 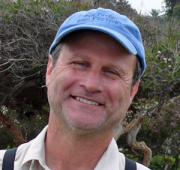